In the midst of multicolored specs,

My gaze turned upon Her:

The Virgin of Tepeyac.

My heart fluttered its wings with joy at Her sight.

As a child seeks after a butterfly resting on a branch,

I beamed at Her,

As four angels watched in awe.

Pressed to my lips,

And Her praying hands,

Above the Christ Child,

Dwelling in the Holy Ghost’s Temple.

Pressed to my lips,

Clinging a rosary and a medal

To Her praying hands,

Listening to the pulsations of Her Heart

From a cable line

Surges from Her Heart,

I hope to give Thee honor

For the glory of God Divine!

The Godless Delusion by Patrick Madrid and Kenneth Hensley — October 4, 2015 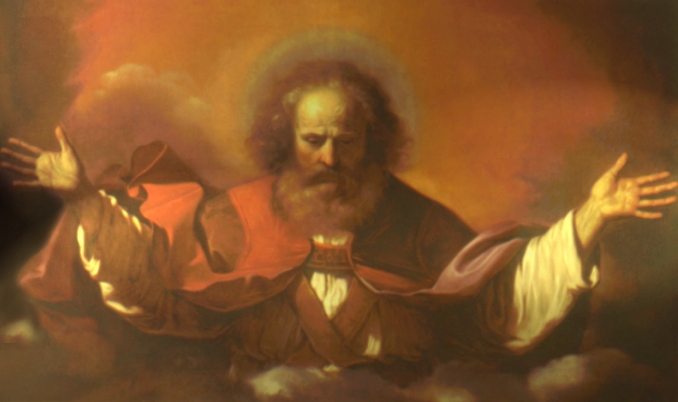 The Godless Delusion by Patrick Madrid and Kenneth Hensley

Something strange and unsettling is happening in America.  A fiercely militant openly aggressive kind of godlessness is on the rise in the very country renowned the world over for its official motto: IN GOD, WE TRUST.  A hostile denial of God’s existence is spreading steadily across this God-fearing nation, a nation with a Declaration of Independence that solemnly proclaims belief in God:

” WE HOLD THESE TRUTHS TO BE SELF-EVIDENT, THAT ALL MEN ARE CREATED EQUAL, THAT ALL ARE ENDOWED BY THEIR CREATOR WITH CERTAIN UNALIENABLE RIGHTS, THAT AMONG THESE ARE LIFE, LIBERTY, AND THE PURSUIT OF HAPPINESS.”

The rising tide of militant atheism is sweeping rapidly across not just the United States but the entire West.  It believes God to be our primary enemy and that belief in Him is to be ruthlessly eradicated wherever it may be found.  Anti-God propaganda forces its way into public consciousness via the internet, movies, billboards, and an avalanche of books.  Unfortunately, most Christians have been caught completely off-guard, flatfooted and woefully unprepared to counter this atheist onslaught.  From kindergarten through the university, in textbooks, education, research, museums, magazines, scientific programming for television, movies, music, and other media, EVERYWHERE, atheists espouse the naturalistic worldview with religious fervor.  That God does not exist is simply presupposed, continually implied, insinuated, suggested, and understood.

They say, NATURALISM IS TRUE, THEREFORE THERE IS NO GOD. Naturalism and Evolution present a world that is purely natural and man is essentially an accident, a world and life which have no ultimate meaning, death being the end of all things.  Neither has been demonstrated to be true.  This is what our children are being taught in our schools and universities.  In the name of Naturalism and Evolution, everything has changed.  Marriage, family, and human sexuality are viewed through the lens of evolutionary biology, sociology, and psychology.  We are all free now to decide what is right and what is wrong.  The denial of God’s existence leads to the complete disintegration of morality, the meaning of life, human dignity, and the possibility of knowledge itself.  Materialism and Naturalism are two words that describe the same worldview.  In principle, nothing exists beyond the scope of scientific explanation.

Morality is not a minor part of our experience.  It is at the very heart of it.  The implication is that right and wrong have no real existence.  All is relative, subjective and immaterial.  Man is an animal evolving from a beast to what is called the SUPERMAN, a race of men and women unchained from the shackles of religion, belief in God and a moral code, using his own intelligence and will to create a world of his own choice.  Christianity must be destroyed to make way for this race of superman who rise against Christian superstition.  For them, God is dead; no God means no right or wrong.  This philosophy was instrumental in propelling Europe, in particular, into an era of violence and brutality, hitherto never experienced.  If God does not exist, everything is permissible.  We might even catch ourselves expressing support of this theory.  If an all-good, all-powerful and all-loving God does exist, why does He allow evil to exist?  This is a classic argument for atheism.  I have heard Catholics use it.  In conscience, we kill unborn unwanted children, saying it does not have an adverse effect on others and claim that it helps us.

Sexual liberation abounds supported by the idea that it is between mutually consenting adults.  Atheists claim that there is no harm done when human beings behave like animals!  Do whatever you desire, satisfy your appetites, addictions and fetishes.  Right?  WRONG!

Atheism destroys the possibility of knowledge.  If the atheist wants to use ideas, reason and logic to argue against God’s existence, he must first borrow these weapons from the theistic worldview that can account for them and make use of them.  In other words, He must first accept God’s existence – then, if he likes, he can try to disprove it.  He claims that human life has no intrinsic, transcendent value.  This is why atheism gains ascendancy in the West where there is a concomitant rise in barbaric, inhuman practices such as abortion, fetal stem research, cloning, infanticide, and euthanasia.  Society is in a death spiral into darkness, despair and nihilism propelled by naturalism.  It is the death knell of modern man’s acknowledgement of and respect for objective truth, transcendent values, natural law, and a God-given code of morality.  It is no wonder so many young people are mixed up.  They have no sense of self-worth, they are not created by God and they have no ultimate purpose.  This is having dire effects on our whole culture.  Atheism’s situational ethics and moral relativism is a sure-fire prescription for wiping out a society, indeed, a civilization!  Once the protective seawall of traditional values and theistic morality is breached the churning tsunami of human pathologies, greed, lust and violence come rushing in.  When the atheist worldview claws its way to ascendance in a given culture, sweeping away all restraints of religion, morality, and human rights, we see the rise of murderous totalitarian regimes.  History shows ghastly consistency when this is followed to its logical conclusion.  The atheist moral-ethical theory always terminates at the same place: the entrance to Auschwitz!

“In the beginning, God created the heavens and the earth…”(Gen. 1:1)

An infinite personal God exists and created all things.  We are not merely bodies but embodied souls, spirits made in God’s very image and likeness, to be His sons and daughters, intended to share eternally in all that He possesses.  As God’s children, we have meaning and purpose that extend far beyond the few years we may have to live in this world.  While here, we live in our Father’s Love and in accordance with the Moral Laws He has written on our very hearts and has revealed to us through His Son, Jesus Christ.  Every facet of creation, if understood and interpreted correctly, demonstrates the existence of the God Who created all things.  God’s character provides the source for morality as well as the standard for moral law in the universe He created.  RIGHT and WRONG are not simply words we use to express our own personal preferences: God has written these fundamental Moral Laws on our very souls.  “Being made in the image and likeness of God, the human individual possesses the dignity of a person, who is not just something, but someone.  He is capable of self-knowledge, of self-possession and of freely giving himself and entering into communion with other persons.  He is called by Grace to a Covenant with his Creator, to offer Him a response of faith and love that no other creature can give in his stead.” Catechism of the Catholic Church # 357.

If God exists and He designed human sexuality, to be expressed and find its meaning and fulfillment in the loving commitment of marriage, family and a stable society, then unbridled sexual activity is what Christianity has understood for the past two thousand years: a destructive activity that attacks human dignity and, in the end, inflicts profound and lasting emotional, spiritual and physical wounds and scars.  Everyone is hurt by sexual promiscuity or any other immoral activities which might be considered entirely PRIVATE because God made them for something so much higher and better.  Man degrades himself when he fails to pursue his higher calling.  Our inalienable rights are God-given, true and valid, and they exist, regardless of whatever anyone may say and whether or not the State acknowledges them.  They are rights no power on earth can rightfully take away, because no power on earth can grant them. Only God can.  Throughout history, human beings have believed in God and longed for Eternity.  God created human beings in His own image and likeness, for the purpose to know love and serve Him in this life, and to be happy with Him in the life to come.

God’s Law, His Life and His Truth will win, whether we win or lose, because goodness is self-conversing.  Therefore, if we remain with Him, victory will be ours, though at any moment, it may look like defeat is upon us.  The Cross appeared to be defeat too, but it was the condition for God’s greatest victory!  The condition of triumph is oneness with God.  Vitally important is an all-out moral effort, involving a return to the Christian concept of family life, the acceptance of a system of law grounded on the authority of God and a system of education based on prayer and the love of God!

P.S.: Many Catholics have been deceived into thinking that evolution is true. Evolution is 100% false.  The truth of Creation is that God created everything out of nothing.  He created the heavens, the earth,  the sun, the moon, the stars, the sky, the waters, animals, plants, and human beings, who are, as this article consistently tells us, created in His image and likeness.  Therefore, the human race comes from Adam and Eve, who God created, not from any other creature.